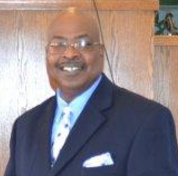 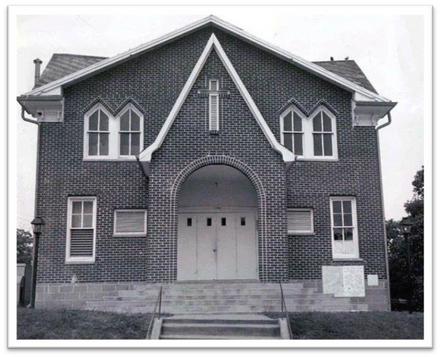 ​     The Saint  Mary Missionary Baptist Church was organized July 30, 1899 by Reverend R. Lowe, J.W. Wells, and John Kennedy along with Sisters Tena Ferguson, Betsy Williams and Erna Ferguson. This group of dedicated and faithful workers had held prayer services in their homes regularly, which inspired them to organize the church.
The first church was a "brush harbor" until a frame structure was built.  Years later the present building was constructed.       The Reverend Lowe was chosen as the first pastor. Reverend Lowe served as pastor for ten years and nine months.
The Reverend M.G. Green was called January 1911 and served ten years and ten months. In 1922 Reverend L.L. Nelson accepted the pastorate and served until his death in August 1924. In December 1924, the church chose the Reverend W.M. Rush as their pastor.   Reverend Rush served for one year and six months and resigned in June 1926. In July 1926, Reverend D.V. Martin became pastor and remained for 24 years until his resignation in May of 1950. The Reverend Clarence Byrd became pastor in September 1950 and served until his death in November 1964, after serving 14 years and two months. Reverend Lessel Leonard accepted the call as pastor in July 1965 and served until February 1967. He resigned after one year and six months of service.
In April 1967, Reverend Richard Hardy Jr. became the 8th pastor of St. Mary Baptist Church and remained pastor for 47 years, longer than any other pastor serving the church. On March 9, 2014 Reverend Hardy retired as pastor, and served as our first Pastor Emeritus. Reverend Ray A. Snow, a son of St. Mary Baptist Church, was called as pastor in May 2014
and led the church following the retirement of Pastor Hardy, but later resigned in April, 2015.

In December, 2015,Reverend Melvin R. Bates was selected as the 10th pastor of  St. Mary Baptist Church.  God has truly brought us from a mighty long way, and we believe the best is yet to come!

To God Be The Glory For  The Things He Has Done!

He was born in Houston, Texas to the proud parents of the late,

Houston and moved to Shreveport, LA in 2012 and united with the

Morning Star Baptist Church under the leadership of Rev. Dr. Theron Jackson, where he served in many areas of ministry. He is married to his sweetheart, Angela M. Bates, they have 4 children and 2 grandsons.

In December, 2015, Rev. Bates accepted the call to become the tenth Pastor of  St. Mary
Baptist Church of Shreveport, La. The golden text that serves as the center for his life is Romans 5:8 which states: “But God commended his love toward us, in that while we were yet sinners, Christ died for us.”

MISSION STATEMENT
It is the mission of the St. Mary Baptist Church to be committed to a spirit of excellence, as we embrace the principals "E3"

We will:
Exalt the Savior through Worship
​  Equip the Saints through Discipleship
Evangelize the Sinner through Fellowship