Rev. Melvin R. Bates Sr. serves as Senior Pastor of St. Mary Baptist Church. He was born in Houston, Texas to the proud parents of the late, Deacon Courtney Bates Jr. and Sis. Mittie L. Bates. He is a product of the Houston Independent School System, graduating from Jefferson Davis Senior High School.

While at Jefferson Davis, he served as Second Lieutenant of Company “B” in the Davis JROTC Program for three consecutive years as well as the Drama Club.

After graduation, he attended Mount Carmel International School of Religion, were he graduated with a B.A. in Theological Religious Studies. During his studies, he accepted the call of Pastor of Greater Progressive Baptist Church of Houston, Texas, where he served as Senior Pastor for six years.

Rev. Bates retired from the City of Houston with 30 years of service, and in 2012 moved to Shreveport, La. and united with the Morning Star Baptist Church under the leadership of Rev. Dr. Theron Jackson, where he served in many areas of ministry. In December, 2015, Rev. Bates accepted the call to become the tenth Pastor of St. Mary Baptist Church of Shreveport, La.

​He is married to his sweetheart, Angela M. Bates, they have 4 children and 2 grandsons. The golden text that serves as the center for his life is Romans 5:8 which states: “But God commended his love toward us, in that while we were yet sinners, Christ died for us.” 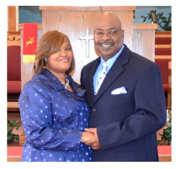 The Reverend Richard Hardy, Jr. became St. Mary Baptist Church's eighth pastor in April 1967, and remained as pastor for 47 years, longer than any other pastor serving the church.

Under his leadership St. Mary Baptist Church established numerous new departments and ministries; many racial barriers came down, and our membership grew; the Sanctuary has been renovated several times to accommodate our growing needs.

Under Pastor Hardy's leadership, many souls were saved, baptized, married, counseled, and buried; and many grew to a deeper walk with the Lord.

​In June 2016, he was honored as the first Pastor Emeritus of St. Mary Baptist Church. It’s with great joy that we honor and thank him and our First Lady, Mary Hardy with love and best wishes to both of them for being our spiritual leaders for many years.

Our beloved Pastor was called home to be with his Heavenly Father on December 20, 2016. 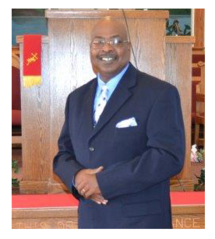 Email the Pastor at: